7 Breathtaking YK11 Before And After Results With Pics

Sarmguide.com » SARMs » YK11 » 7 Breathtaking YK11 Before And After Results With Pics

To go through a YK11 transformation means to completely change your body for the better.

You literally go from zero to hero in just one cycle, at least that’s what the people who’ve sent me their YK11 before and after results with pics have to say. 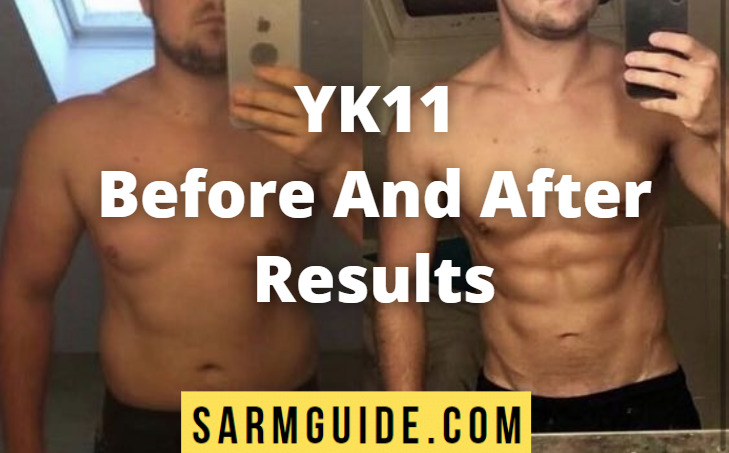 The YK11 before and after pics you’re about to see have all been taken by bodybuilders just like you, and they showcase how potent YK11 can be in the body.

Interested in seeing results from other SARMs? Come read my SARMs before and after results article.

YK11 is a weird hybrid, something between a SARM and a steroid.

The reason why it has been dubbed a steroid is because it harbors a similar molecular structure to steroids.

However, unlike steroids, it doesn’t affect any other organs in the body and it selectively targets androgen receptors, also making it a SARM.

YK11 is a potent muscle builder and strengthener.

Learn the correct way to take it and much more by reading my YK11 review.

YK11 Results With Before And After Pics

As promised at the beginning of this article, we’ll now explore some YK11 before and after results!

If you already have experience with YK11 and want me to feature your before and after pictures on my website, please consider contacting me.

One more thing to note before we start; YK11 requires PCT after a cycle, that’s a given.

You cannot avoid it, and people that have tried soon suffered the consequences in the form of horrible side effects. Some of them even developed gynecomastia. 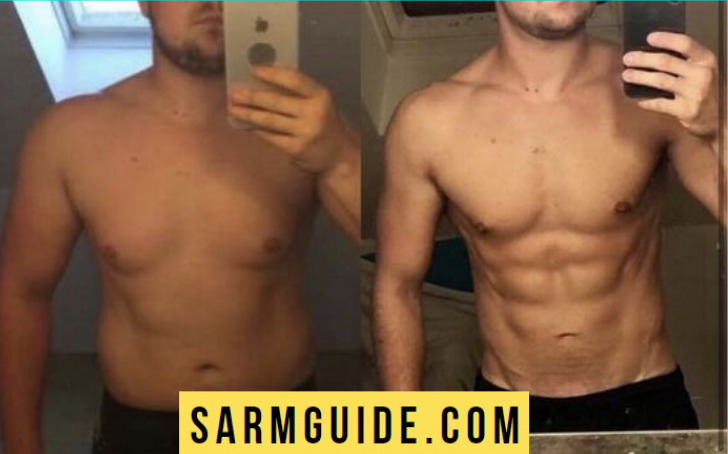 This is what eight weeks of YK11 do to a person!

He went from chubby to ripped in such a short period of time.

Look at the awesome six pack he has now, the broad shoulders and the accentuated biceps.

All that is lacking is a bit of vascularity, but that can be worked upon.

This person gained around 12 pounds of muscle mass and enough strength to go ham in the gym!

He successfully recovered after a month on Clomid, having managed to retain all of his muscle mass.

He did experience a bit of an issue with headaches while on Clomid, but they went away after the first week. 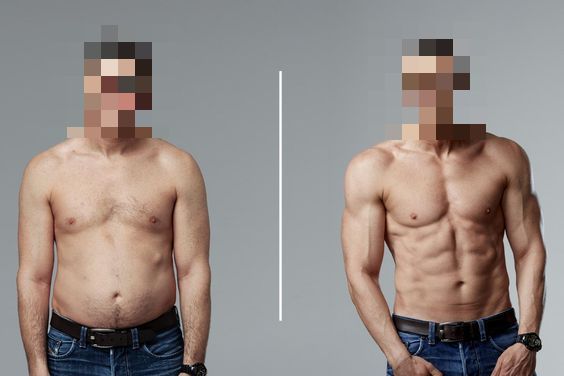 Absolutely amazing, once again we have an example where the person got ripped in just one cycle.

Look at the vascularity on the arms, simply mesmerizing.

To be honest, this person gained between 15 to 17 pounds of muscle mass and lost around 6-7% of his total body fat.

A six-week PCT with Clomid managed to patch things up so this bodybuilder escaped the cycle unscathed and with all of his gains. 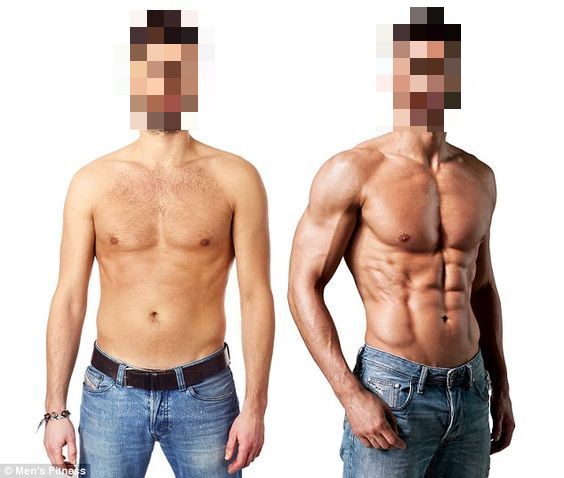 This person had a decent physique to start with, but when you see the after picture, you realize just how much improvement there was to be made.

They gained around ten pounds of muscle mass and lost 6% of their total body fat.

Arms, shoulders and chest have undergone a massive transformation for the better.

Vascularity is very prominent and looks great on them.

It’s also worth noting that the after photo is taken in great lighting so that makes the results look even better.

A standard PCT cycle with Clomid, nothing more to add.

He did use Cardarine which definitely helped his results a lot. You can read more about that compound in our official SARMGUIDE Cardarine review. 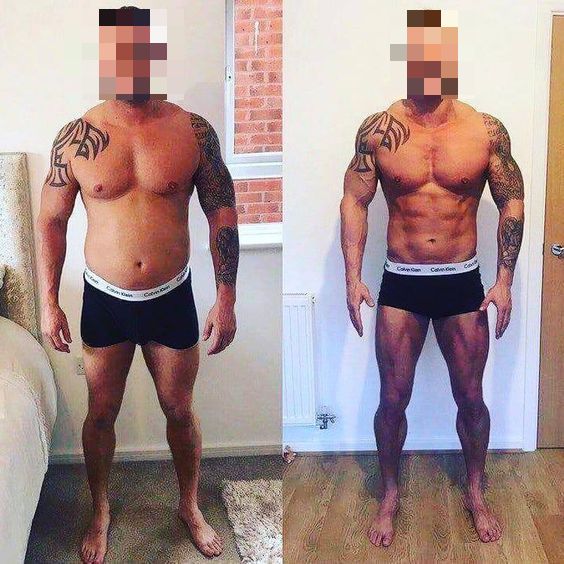 This bodybuilder has been training for years but took a break for about a year and his body went to the gutter.

He already had the muscle memory, now all he needed was a bit of a push from YK11 to bring him back to his former glory.

He gained around 15 pounds of muscle mass and lost 5 to 6% of his total body fat. The results are more than fantastic, but we have to keep in mind that he trained before.

Let’s ignore his upper body for a bit and focus on his legs, where he experienced the most gains.

He recovered from his Testosterone suppression within just four weeks and managed to keep all of his gains.

No side effects were noted due to the usage of Clomid. 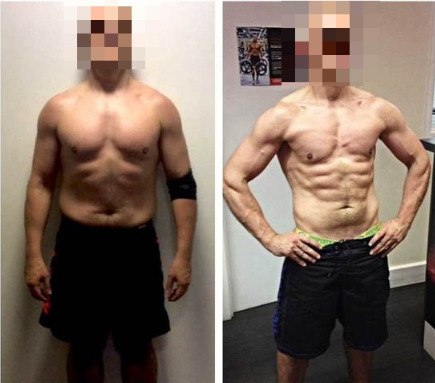 Even though his arms and shoulders were looking good even in the before picture, his stomach area was awful.

That all changed once he started imbuing YK11.

He lost 4,5% of his total body fat and gained a whopping ten pounds of muscle mass.

The most impressive results are seen on his stomach, where he now has a six pack.

All in all, great results by this older gentleman!

This bodybuilder opted for four weeks of a lower dosage of Clomid, since he didn’t take more than 5mgs of YK11 per day.

It worked out fine for him and he didn’t experience any adverse effects during his PCT. 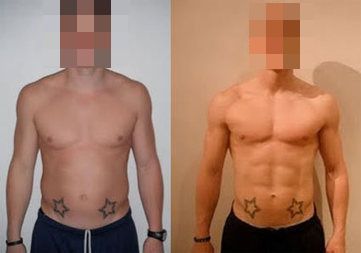 This person only did a four-week cycle with YK11, as to avoid doing PCT.

We can see some improvement, especially in the stomach area, but his arms, shoulders and chest haven’t changed much.

I estimate that he gained around 5 to 6 pounds of muscle mass while losing around 3 to 4% of his body fat.

His cycle was definitely unorthodox:

This bodybuilder split his Stenabolic dosage into three equal parts, and he made sure not to take any after 5pm, as to avoid problems with sleep.

5mgs of YK11 per day for four weeks didn’t warrant enough suppression for the usage of SERMs.

This person got off scot-free, but it’s questionable whether one could replicate his cycle successfully. 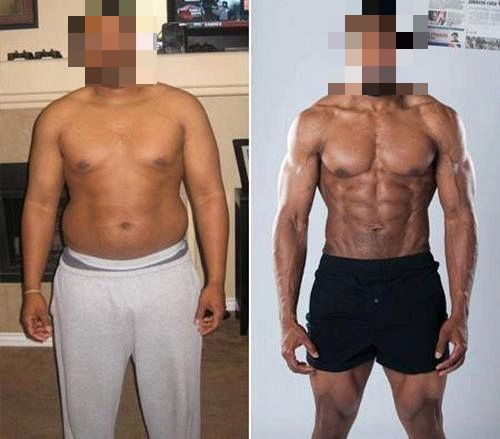 I saved the best YK11 transformation for our last entry, so that we could all savor the awesome results this person got.

I’m not sure where to even start, this person was literally chubby at the start of his cycle, YK11 coupled with MK-677 completely turned his life around.

He gained around twenty pounds of muscle mass and lost 8% of his total body fat.

Vascularity looks pretty nice on him and there’s no point in talking about the specific parts of his body, as they all underwent a giant upswing!

These are insane results, but the cycle he was on could definitely be described as a bit reckless:

It’s a good thing that he didn’t fall into the trap of thinking that MK-677 could offset the suppression he experienced.

Taking Clomid was what saved him from so many problems, even though he did complain about feeling constipated during his SERM cycle, no other difficulties were noted, and he escaped the cycle with all of his gains!

For more information on Ibutamoren, check out the SARMGUIDE MK-677 review.

Despite having undergone zero testing on human subjects, YK11 has served me well and I will always gladly recommend it to bodybuilders who want to gain muscle mass quickly and efficiently.

I have written down my first experience with this SARM in my YK11 log, so be sure to check it out!

This was nothing out of the ordinary, I literally took the safest and most effective dosage and followed up with a regular, four-week PCT protocol.

Listed below are the benefits that I’ve noticed!

I literally gained two pounds of muscle for every week spent on YK11. It was mesmerizing to witness – I remember watching myself in the mirror and noticing all the small changes on my body day in and day out.

An almost immediately and very blatant increase in strength was noted while on YK11.

My pump was insane, and I was lifting weights as if my life depended on it.

Imagine going to the gym and just besting your personal records every other visit.

Well, that’s what a cycle on YK11 looks like.

I was wired and jittery from all the energy, but that would all disappear when entering the gym.

I remember training for two hours straight and not even noticing it. The energy increase is simply otherworldly, but you have to make use of it, or you’ll be agitated all day.

You just shed fat like crazy, even in places you normally wouldn’t expect to lose fat easily, like your abdomen.

If you have troubles with fat loss, I wholeheartedly suggest YK11, as it is one of the best SARMs for that task.

Last but not least, my libido levels shot up dramatically on the fifth day of taking the compound. They remained that way for almost six weeks and at that time, I was doing it with my girlfriend multiple times per day.

I didn’t experience any side effects from the SERMs, just a bit of a headache at the start of my PCT.

On the other hand, YK11 did bestow me with some minor side effects, but it was nothing serious, and they all disappeared once I stopped my cycle.

YK11 will give you the energy to take on the world, but you have to use it wisely or you’ll just end up feeling unnerved.

Overall, I recommend YK11 to anyone that wants to put on muscle mass quickly and lose fat without much effort.

Tips To Get The Best YK11 Results

I’ve taken YK11 a few times, so I know what I’m talking about, here are my tips and tricks to make your cycle safe and effective:

An explanation is due for the last entry:

I’ve tested hundreds of SARMs vendors, and you wouldn’t believe what crap some of them try to peddle to consumers. They mix steroids and prohormones in there, potentially putting the lives of their customers on the line for a bit of profit.

Don’t just buy SARMs from anywhere, heed to my advice and get them from the best and most reliable vendors!

The YK11 before and after results with pics that I’ve revealed were nothing short of amazing.

You too can get such results if you follow my advice and take your cycle seriously.

Who knows, maybe one day your picture could be featured in this article as well?

While lacking in research, YK11 has a lot of anecdotal reports from bodybuilders backing it up.

With that in mind, if you feel like you’re ready – go for it!

YK11 will transform you into a better bodybuilder and it won’t take more than eight weeks.

Good luck and remember to stay safe at all times!