Do SARMs Shrink Your Balls?

Testicular atrophy or colloquially, ball shrinkage, is a hot topic in the SARMs community. 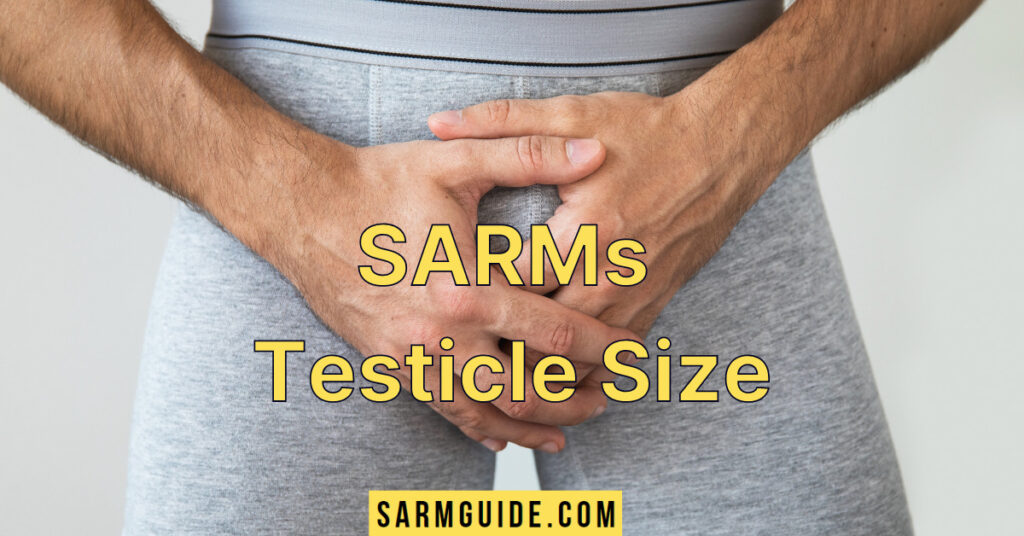 Many users ask themselves whether SARMs shrink your balls but there isn’t much information available.

This article will answer the question above and cover the topic in-depth, so make sure you read till the end!

Can SARMs Shrink Your Balls

Although many bodybuilders believe SARMs don’t affect the testes, they actually do, since exogenous testosterone interferes with a process called spermatogenesis.

This means that during your SARMs cycle, not only will your balls shrink by about 10 to 20% but you’ll also be less fertile as you produce less sperm.

Of course, this doesn’t happen to every SARM user and there’s a difference between the intensity of say Ostarine and S23.

The former will rarely cause testicular atrophy and even if it does, it will quickly go away once you discontinue your cycle.

However, S23 has infertility as one of its main side effects and given its strength, it will take a lot more time for things to get back to normal.

While there are studies noting testicular atrophy in bodybuilders taking SARMs, no study looked at the matter in a thorough manner.

This means it’s very hard to answer questions such as “how long will my balls stay shrunk” or “will X SARM cause ball shrinkage”.

On top of all this, you have to consider that every body is different and reacts to SARMs differently.

However, we do know that stronger SARMs have a higher propensity to cause testicular atrophy.

The recovery period also lasts longer, which means if you really want to be safe from this side effect, stick to Ostarine.

I’ve had a look at popular communities where exactly this topic is discussed.

Let’s take a look at some experiences from actual bodybuilders!

Although quite short, this experience tells us there’s really nothing to worry about.

Even if your balls drop to half their size, they will grow back once you stop using the SARM in question.

The user also speaks about Clomid, a SERM which helps restore homeostasis in the body after a cycle.

The second anecdotal report I want to show you guys handles a pretty unique situation.

The user in question did a questionable stack consisting of RAD 140 and YK11.

Both of these SARMs are pretty hard on your reproductive system and it’s not too uncommon to see side effects one week into your cycle.

The solution to this problem is quite simple; stop the stack and next time, don’t mix two suppressive SARMs together.

Last but not least, here’s a report where the user did nothing wrong, his dosage is fine and his selection of SARMs also looks good.

In this instance, since a month of daily usage has been achieved, it’s most likely RAD 140 is the culprit.

The best thing to do is to get a blood test to see how far your testosterone has dipped.

After that, you can either stop your cycle and hop on PCT or continue until the end of your cycle.

Of course, this is just a simplified version of what you should do.

I will talk in-depth about your options in the next chapter.

What to Do When SARMs Shrink Your Balls

The first thing to do is not panic.

There are many newbies starting their first SARMs cycles and they are very paranoid and stressed out.

So much in fact that they ask whether their balls have shrunk after three days of SARMs usage.

I don’t want to discredit anyone’s experience but some things are just ridiculous.

Once you’ve stopped panicking and have confirmed that you’re suffering from testicular atrophy, get a blood test.

A blood test is paramount to determining your free testosterone levels.

If they have dropped beyond nominal levels, you’ll have found the culprit.

It’s up to you whether you want to continue your SARMs cycle or not.

From personal experience, I see no reason why you shouldn’t complete it.

As previously stated, the shrinkage is reversible and people make a full recovery even without using PCT.

The latter is not something I recommend but it has to be mentioned, as you’re able to recuperate even without further supplementation.

If you want to abort your cycle, simply stop taking the SARM in question, get either Nolvadex or Clomid and start your PCT.

An overwhelming majority of people recover within the first two weeks but some take a full month to get well.

That’s about it, your balls will grow back as your body starts producing its own testosterone again.

From personal experience, I believe it’s overkill and not necessary.

Not only are you wasting money but you’re also putting yourself at risk for further side effects, such as depression, breast tenderness, etc.

Many bodybuilders find themselves in quite the embarrassing situation when they experience testicular atrophy from SARMs.

Now that you know what to do in such a situation, you no longer have to wonder whether SARMs shrink your balls.

Simply follow the instructions outlayed in this article and you’ll do just fine!