Taking SARMs In a Pre Workout | A Good Idea?

Since the advent of SARMs, many things have been tried to make them more appealing to the general population. 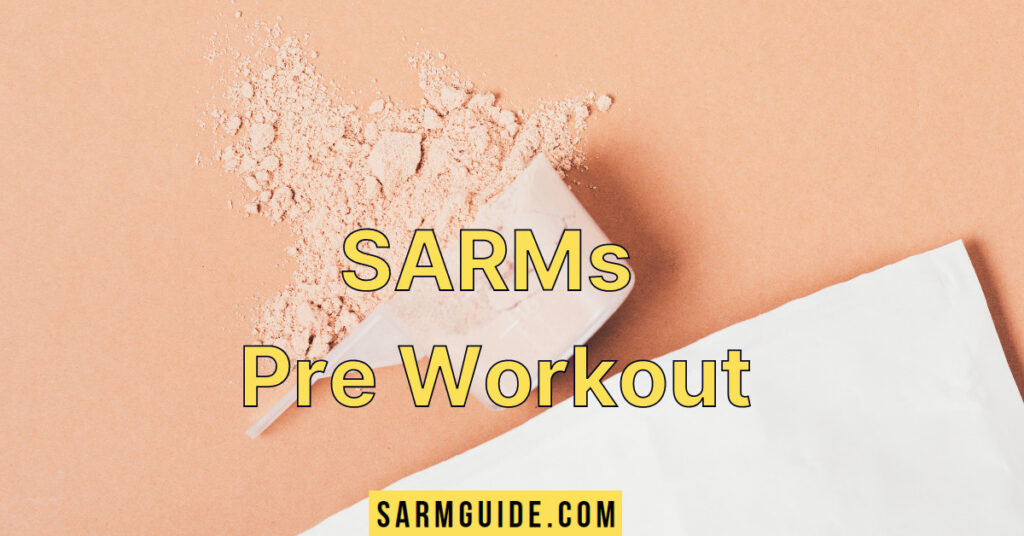 Is taking SARMs in a preworkout a good idea or should they be taken separately?

Vendors are certainly getting innovative; read this article until the end to find the answer and much more!

What is a SARMs Pre Workout

A SARMs pre workout is, as the name implies, a mixture between SARMs and a regular pre workout.

It’s often not mentioned what exactly goes into the preworkout besides SARMs but you can expect the usual mixture of compounds.

I’m talking about caffeine, beta-alanine, l-tyrosine and so on.

SARMs pre workouts are not hard to find online and there are many companies willing to sell the two together.

However, buyers should beware, it’s not such a great idea and will likely lead to problems down the road.

If those companies mixing SARMs and pre workouts were legitimate, I could see how mixing the two would make sense.

First of all, you wouldn’t have to think about the two separately, instead taking them at the same time, much easier to remember.

Secondly, the overall cost of the products would be lower since you’re essentially buying in bulk.

Last but not least, if we really lived in a world where the two were legit to mix, SARMs would probably be in a state where they were approved for human consumption.

All this sounds phenomenal but when you look at the reality of things, you realize how bad it actually is to mix SARMs in a preworkout.

The Problem With SARMs In Your Pre Workout

While there’s nothing wrong with taking a preworkout and SARMs at the same time, it’s a different story when it comes to buying the two together.

The thing is, pre workouts are meant for human consumption, while SARMs are not.

When you mix the two together, they necessarily become unfit for human consumption.

However, they are not marketed that way.

Instead, these shady companies mark them as “safe” and “good for your physique”, while not providing any evidence of testing their SARMs.

Many times, this leads to the buyer not even realizing what they’re taking.

While the buyer is partly at fault too, you can’t really blame him too much, as it’s the responsibility of the company to provide accurate information.

All this leads to people getting a complete testosterone shutdown from their pre workout; it sounds insane but it has happened before.

These shady companies give the entire industry a bad reputation and are best avoided for your own safety.

Where to Buy SARMs For Pre Workout

Don’t get me wrong, I’m not against taking SARMs before working out, just the crazy mixtures of SARMs and other compounds some companies are pushing.

Mixing SARMs with your preworkout, provided you bought them separately, is a good way to build some quality muscle.

If you’re struggling to select a pre workout fit for you, look at the ingredients.

When it comes to SARMs, things are a bit more complicated.

There are hundreds of vendors to choose from and all of them claim to be the best.

That’s why, after more than 6 years of vetting vendors, I’ve made a list of recommended companies.

The list above contains the best SARMs vendors with the most economical prices and best of all, the biggest coupon codes!

All in all, remember that both pre workouts and SARMs are good.

However, mixing the two and selling them as one product is not only a scummy move but also illegal.

Stay away from those products, instead, buy them separately and rest assured that you’ve made the right decision!