This is the ultimate guide and review of SR9011.

You will find this article very useful if you have questions similar to these:

Keep in mind that SR9011 is considered to be a research chemical and isn’t approved for human consumption. Don’t take the information you find here as medical advice.

With that being said, let’s dive right in by first explaining what this compound actually is.

SR9011 is a Rev-ErbA agonist. This essentially means that it binds to our Rev-ErbA proteins and enhances their activity in our body 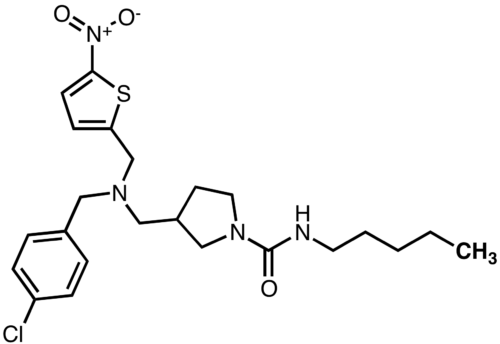 Rev-ErbA protein is present in our muscle tissue, skeleton, the liver and fat tissue.

The benefits of this are:

We will go over all of the benefits in more detail later in this article.

As of 2020, you can legally buy and use SR9011 in every country in the world except for Australia. We will cover it’s legality in Australia later.

If you want to read more about this, check my article on the legality of SARMs in 2021 where I also cover compounds like SR9011.

Basically, this compound is legal but it’s only intended for research. It’s a little different in Australia, however, let’s go over that.

In Australia, SR9011 is considered to be a Schedule 9 compound by the TGA just like it’s similar compound Stenabolic.

This means that this compound is completely illegal and isn’t allowed even if you have a doctor’s prescription for it.

Read more about this topic in my article on SARMs in Australia.

We said that SR9011 is legal everywhere except for Australia, but what about in competetive sports, is it allowed there?

This compound is listed as a banned substance by almost all sports organisations in the world, including the Olympics.

Because of the unfair advantages that it gives in sports, it’s listed as a prohibited substance by the:

Don’t use SR9011 if you are a professional, competing athlete. You could get caught using it if they suspect you.

The benefits of this compound are:

The side effects of this compound are:

As of right now, the only known SR9011 side effect is wakefullness. It’s important to know, however, that this compound isn’t that well researched yet. This means that it could potentially have other side effects that we don’t know yet.

Sadly, a lot of research chemicals companies sell underdosed, bunk products that are often spiked with other substances.

These compounds can be very innefective or even bad for our health.

Because of this, you should always buy high-quality, pure compounds. I recommend that you buy from one of my recommended companies.

The half-life of SR9009 is 4 hours. Because of this we should split our dosage into three parts and take the first in the morning, the second at noon and the third in the evening. This will keep the levels of this compound at optimal levels throughout the day and in the long run, better results.

The recommended dosage for SR9011 is between 15-30mg a day. We mentioned that the half-life of this compound is 4 hours, so if you decide for a 15mg dosage, you should take 5mg three times.

Basically, the best dosage and what most people seem to be taking is between 15 and 30mg a day. You should split it into three parts, however, because of the half life.

SR9011 is basically the same as Stenabolic when it comes to how it works, side effects and benefits.

The key difference between these two compounds is the bioavailability. SR9011 has a much better bioavailability which means that it’s basically a more effective version of SR9009.

Stenabolic is a lot more popular. This is because it’s been around for much longer and a lot of people don’t even know that SR9011 exists.

SR9011 was invented out of SR9009. The goal was to have a compound that is essentially the same as Stenabolic but with a much better bioavailability.

In conclusion, this is a great, very promising compound. Essentially it’s a better version of Stenabolic (SR9009) because it has the same effects but a much better bioavailability.

The major downside, however, is that there isn’t much research about this compound yet.

No, it is a Rev-ErbA Ligand and not a SARM. It’s commonly mistaken to be a SARM but in reality, it’s not.

No, this compound is non-hormonal. This means that it won’t suppress our natural production of Testosterone and because of that, it doesn’t require a PCT protocol.