This is the ultimate Stenabolic – SR9009 dosage guide.

There is quite a lot of dubious information on the internet about the correct dosages one should take when imbuing SR9009, also known as Stenabolic.

The worst thing about Stenabolic is that besides lacking scientific literature, it is also deficient in the anecdotal reports department which makes researching it quite a nightmare. 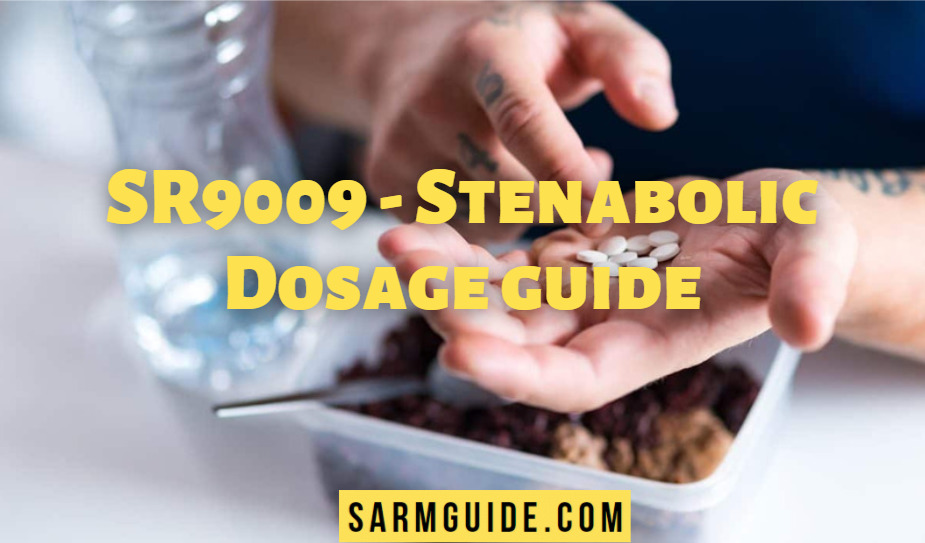 Luckily for you, I’ve got quite a bit of experience with the compound, I even logged my eight-week Stenabolic cycle.

In this article, I’ll be showing you the correct dosages you should take as well as some other interesting information about this compound.

SR9009 or Stenabolic is not a SARM, but a Rev-ErbA ligand which means that it enhances Rev-Erb activity in the body.

In return, this leads to numerous changes in how our body works, but the three main affected areas are our liver, muscles and fat tissue.

In the liver, SR9009 leads to a blatant decrease of fat by simply blocking the formation of new fat cells. 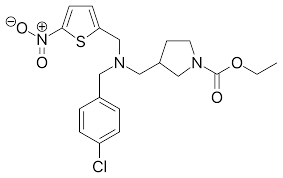 The last area it affects are our fat cells where SR9009 shuts down the genes handling the storage of fat.

All this tells us that Stenabolic is an amazing compound for fat and weight loss, and it can also be used successfully when trying to preserve your muscle during a cut.

There is quite a bit more to Stenabolic than the eye beholds and if you would like to have a peek at all the juicy benefits SR9009 has in store for you, check out our Stenabolic review.

Here is where things get a bit problematic.

By doing tests on mice, researchers have discovered that the half-life of Stenabolic is anywhere between 4 to 6 hours, which is very short.

This means that one has to imbue it at least three times a day to experience the full effects of the compound.

To make matters worse, Stenabolic has been shown to have very low bioavailability in humans, with it being practically useless when taken conventionally (orally).

This leaves us with two options, either taking it sublingually (my recommended option) or straight up injecting it into our body.

I don’t recommend the latter since it’s not exactly clear how much you should take. It’s estimated that about 3mgs of injected Stenabolic is equal to 15mgs of an oral dosage, but the science is flimsy at best.

Not only that, but injections themselves carry a lot of potential side effects as well, such as swelling or extreme pain near the injection area.

Last but not least, SR9009 has no human trials backing it up, which means that we have to rely on anecdotal reports when it comes to dosages consumed.

People don’t usually bulk with SR9009 alone as it doesn’t have any muscle-building properties, it is not androgenic in nature.

However, when mixed with SARMs, SR9009 helps the user lose fat in an almost inhuman fashion.

My favorite bulking stack with SR9009 involves the usage of a SARM called LGD-4033 (Ligandrol).

Example of a bulking cycle:

With this stack, you’ll be able to put on quite a bit of mass, while losing a substantial amount of fat.

Since we’re only using 2,5mgs of Ligandrol per day, PCT is not going to be needed for this stack.

This is where SR9009 really shines, as numerous reports dub the compound itself as ‘exercise in a bottle’.

Cutting with SR9009 is an amazing experience as you will not only preserve all of your existing muscle mass, but you will also lose quite a bit of fat and weight.

I personally recommend the addition of Ostarine to the fray, as it helps you achieve your fitness goals that much faster.

Example of a cutting cycle:

With such a low amount of Ostarine, PCT is not going to be needed and you don’t have to worry about getting suppressed.

As already mentioned, SR9009 has no human studies backing it up and the anecdotal reports we have from bodybuilders are nothing short of lackluster.

It’s quite difficult to speak with conviction since we have such a rare case on our hands, but what I can say is that at 30mgs a day, I experienced no side effects and had a blast of a time with the compound.

I believe that 30mgs a day, split into three dosages best taken in the morning, before your workout and after your workout, is the safest and most effective regimen you can have.

Going over 30mgs a day might negatively affect your circadian rhythm and it could also potentiate wakefulness which would increase the chances of you experiencing insomnia.

I personally wouldn’t risk it since there are virtually no reports available of anyone going over 30mgs a day.

On the flip side of the coin, going under 30mgs a day could diminish the effectiveness SR9009 has on the body, so it’s best to just stick to 30mgs a day as it has been tried and tested.

What SR9009 Dosage Should I Take

Even if you’re new to Stenabolic, 30mgs a day won’t harm you.

The only thing you have to watch out for is to not imbue it after 5pm, as Stenabolic has been shown to increase wakefulness and activity in mice.

Whether this translates onto humans is not something I want to find out, so it’s best to just stay safe and stick to my recommendation.

The only exception to the 30mgs a day rule would be if you’re a part of the fairer sex. In that case, you should halve the dosage (5mgs taken three times a day) and keep a watchful eye on how your body reacts.

If you don’t notice any difference in two weeks, simply double the dosage.

SR9009 is a criminally underrated compound which boosts endurance and helps with fat and weight loss.

Many people, including myself, also reported a marked decrease in anxiety since imbuing the compound.

All in all, I think it’s best to just stick to 30mgs of SR9009 per day as there are literally no side effects to it at that dosage, save for the increased wakefulness which can easily be avoided.

It’s questionable whether an increase in the aforementioned dosage would yield better results, but let’s leave that to science and work with what we have right now.

Lastly, make sure you’re getting your SR9009 from one of my recommended vendors, as reports of underdosed or even bunk Stenabolic have been making the rounds on the internet.