RAD140 PCT Guide | Do You Need A PCT After Testolone

RAD140 is a potent SARM that is highly suppressive of your natural Testosterone levels, which means that it’s very likely that you’ll need to do a PCT for it. 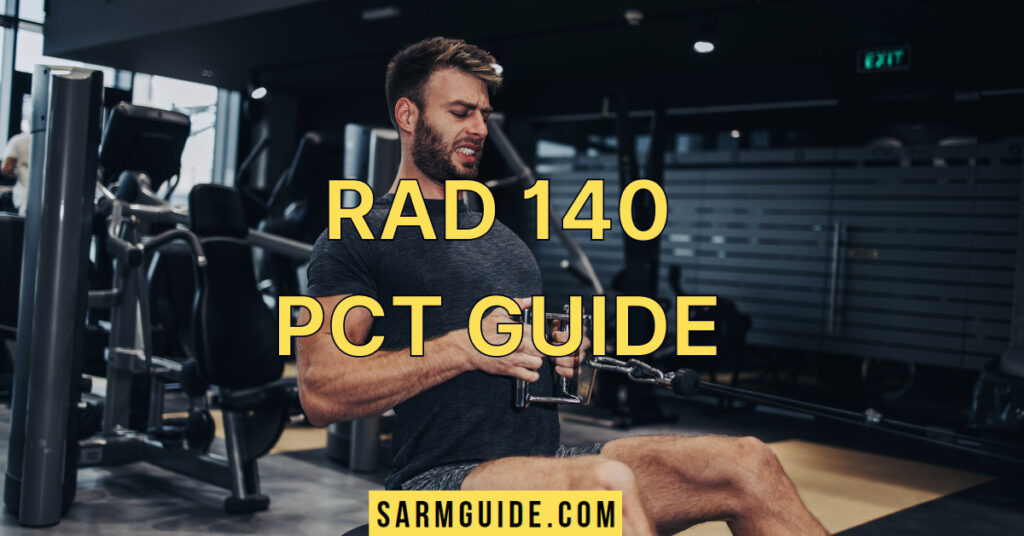 I will also briefly go over RAD140 and PCT itself, so if you’re searching for a full guide to Testolone, read our RAD140 review.

RAD140, also known as Testolone in bodybuilding circles is a SARM that enjoys a very high anabolic to androgenic ratio.

As of now, no studies on humans have been performed with RAD140, making bodybuilders the primary guinea pigs when it comes to its effects and drawbacks on humans.

The benefits of RAD140 are as follows:

While these benefits are nothing to scoff at, RAD140 also has some side effects that we should be aware of:

In one eight-week cycle with Testolone, the average person usually gains about seven to ten pounds of muscle mass and loses about 5% of his total body fat.

The strength gains are immense and you’ll very likely break most of your plateaus while you’re on it.

Now that we know what RAD140 is and why people take it, let’s take a closer look at PCT.

What Is A PCT

If bodybuilders were to follow the rules by the book, basically any compound that suppresses the endocrine system of your body would require PCT, including RAD140.

When you introduce an outside source of Testosterone into your body, it suppresses your natural Testosterone production in the testes. 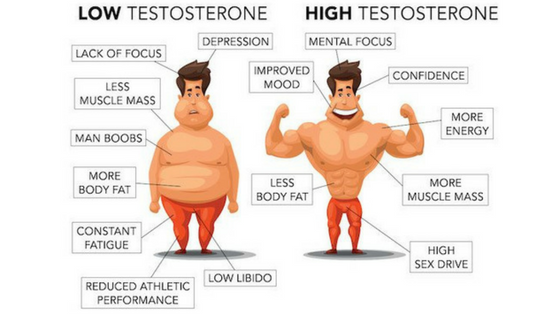 This does not pose a problem while you’re on-cycle, but once you stop, your body needs time to recognize the fact that it needs to produce more Testosterone.

This puts your body into a Testosterone deficit which causes a myriad of side effects to be experienced, such as loss of libido, depression, mood swings…

To counteract these drawbacks, we introduce PCT into our regime, in order to once again stimulate more natural Testosterone production in your body.

Some people will tell you that so long you have a good source of RAD140 that you don’t need to do PCT.

They subscribe to the idea that bunk products are the main reason why people need to do PCT for RAD140.

This doesn’t make much sense, as SARMs laced with prohormones or steroids will cause a lot more side effects than just Testosterone suppression. I would go as far as to say that suppression would be the least of your concerns if that were to happen to you.

Moving on, even if you only do RAD140 for eight weeks, you will still get suppressed by it, as evidenced by my eight-week log and hundreds or even thousands of other logs you can find freely on the internet.

However, the only way to truly know whether you need PCT for RAD140 or not is to get a blood test done after your cycle. It will tell you how suppressed your natural hormones are, and you should pay special attention to your Testosterone, LH, FSH and SHBG levels.

Don’t go by the way you feel, speaking from my own experience, lethargy and depression from Testosterone suppression attack without mercy and without warning – You could be feeling completely fine one day and wish for death in the other.

To answer the original question, the only way to know if you need a PCT or not is to get a blood test done. However, a good rule of thumb is that dosages below 6mg per day won’t require a PCT and dosages above that will.

Unlike with Ostarine, where you have a bit more leeway when it comes to the amount you consume, anything above 6mgs a day with RAD140 will quickly cause Testosterone suppression.

In an ideal world, bodybuilders would opt for 5mgs a day, and be satisfied with (only slightly) slower results, but in return wouldn’t have to do PCT.

If you really want to do RAD140 without having to do PCT, you’re best off limiting your usage to eight weeks and imbue no more than 5mgs of RAD140 a day.

An example cycle would look a little something like this:

As you can see, it’s quite simple, but keep in mind that some of you will even need PCT on 5mgs per day!

If that becomes the case, you’ll have to lower your dosage ever further, down to as low as 2,5mgs a day.

Don’t worry, RAD140 is quite potent at lower dosages and you should experience most of the benefits attributed to this SARM, although the results will come slightly slower.

Doing PCT for RAD140 is quite simple.

First things first, there are two SERMs that come into mind when it comes to doing PCT for RAD140, those being Nolvadex and Clomid. The former is a bit weaker compared to Clomid and since the suppression experienced by RAD140 can be quite high, I recommend that you take Clomid as your PCT supplement of choice.

While PCT does have side effects of its own, it’s still the lesser of two evils – I would rather suffer a few minor side effects from PCT than be subjected to the hell that is heavy Testosterone suppression.

I will show you two scenarios that are based on your initial dosages of RAD140; we will assume that you’ve been doing an eight-week cycle in both instances and that you had real RAD140 in your arsenal.

PCT protocol for RAD 140 if you’ve been doing less than 10mgs per day:

PCT protocol for RAD 140 if you’ve been doing 10mgs or more per day:

As we can see, your dosage is the most telltale sign of how much PCT you’ll probably need. As previously stated, you might be one of the few lucky ones that can get away without doing PCT for RAD140, but I would personally not risk it.

Doing a blood test is pretty much mandatory, disregarding the dosage taken, as sometimes, small amounts of RAD140 can heavily suppress someone that is susceptible to it in the first place.

I would not be playing with fire, that’s all I’m going to say. PCT might not be foolproof, but it has its merits and one has to respect that.

RAD140 requires a PCT when used in medium-high dosages but it seems that a PCT can be avoided if you stick to low dosages.

Don’t skip out on doing a blood test just because you feel fine, it will offer you more valuable information than any other article out there, because these are your PERSONAL test results.

No article out there can compete with that, not even this one.

To conclude, try to not overdo it with your dosages and cycle lengths and remember to stay safe at all times!