Does MK-677 Cause Cancer Through The IGF-1 Hormone?

There have been several human studies so far done with Ibutamoren and not one of them has linked its usage with increased cancer growth.

Still, some people are not convinced, and they do still fear the fact that MK-677 might cause cancer. 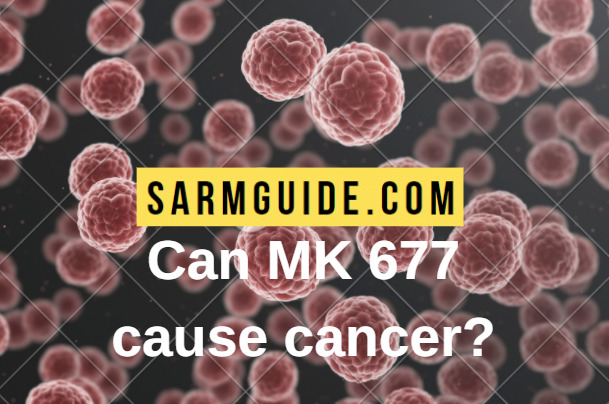 This article was written in order to combat such a stance and to show those that still doubt MK-677 as a safe compound that there is nothing to worry about.

As we all should know by now, Ibutamoren is a growth hormone secretagogue that increases IGF-1 hormone count in the body.

Increased IGF-1 levels have been linked to increased risk of cancer growth since it increases cell differentiation.

This means that more cells are replicating themselves at any given time, leading to an increased risk of cancer as there is a heightened chance of mutations to occur.

Multiple studies have shown that those with increased IGF-1 levels have a higher chance of suffering from cancer during their lifetimes.

This all sounds very concerning, but when you consider the fact that the chances of a cell mutation to occur are 1 in two million (during your lifetime) and that most of these mutations are caught at their root, it paints quite a different picture.

Realistically, your chances of getting cancer from Ibutamoren through increased IGF-1 production are infinitely close to zero.

Fearing cancer from Ibutamoren is similar to being scared of winning the lottery or being hit by lightning, it just doesn’t happen.

You would have to be really unlucky, and so far, no studies on MK-677 have linked cancer as a side effect in study participants.

Age plays a much bigger role in determining whether you’ll have cancer or not.

Mutations become more prevalent and harder to catch for your aging system, which increases the chances of you having cancer.

Personally speaking, I wouldn’t take Ibutamoren if I were over 50 years old.

While the risk of getting cancer from MK-677 is still very low at that age, I wouldn’t risk it for another reason, and I will explain more about it in the next section of this article.

IGF-1 Effects On People With Cancer

The chances of undiagnosed cancer in elderly people is much higher in comparison to younger folk out there.

IGF-1 starts becoming really problematic when you start taking it while you have cancer. It helps cancer cells grow and proliferate at a much higher rate, and that’s why it’s so dangerous.

Under no circumstances should you take MK-677 or any other growth hormone secretagogue if you currently have cancer.

If you don’t have cancer and are under the age of 50, it’s perfectly fine to take Ibutamoren as you don’t have to worry about getting cancer from it.

The only problem with Ibutamoren and similar compounds like HGH is when someone with preexisting cancer starts taking it, that’s when it becomes really dangerous.

All in all, MK-677 is perfectly safe and effective in healthy people and you can start using it right away!